One friend is all it takes.

Launched in the fall of 2015, Super Cooper’s College Buddies (SCCB) was founded by a team of dedicated UNC-Chapel Hill students who saw a unique opportunity to support the Foundation’s families through a buddy 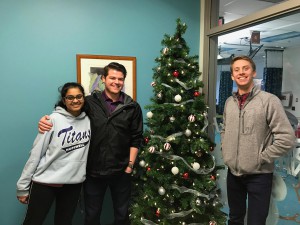 program, providing meaningful friendships for children in treatment and much-needed respite for their parents and caregivers. Inspired by a presentation from Super Cooper President Elise Herman to UNC’s Kenan-Flagler Business School, as part of the School’s Business Cares Initiative which benefits three Chapel Hill non-profits including Super Cooper, SCCB’s mission is to support the children of Super Cooper’s Little Red Wagon Foundation through a friendship full of love and happiness. Through their partnership with the Foundation, Super Cooper’s College Buddies aims to provide a positive and dependable role model for each Super Cooper child. An integral piece of the fight against cancer is maintaining a positive mindset and a strong willingness to succeed, and perhaps a friend is all they need to give that extra push.

The remarkable work of Super Cooper’s College Buddies represents the broader UNC community’s passion for giving back, especially to families facing unimaginable medical challenges. SCCB has given its members, a group of 28 specially selected students known as the “Pit Crew,” a unique way to channel this giving spirit by facilitating 1-on-1 friendships, built over 8-weeks, that last long after a child’s treatment regimen ends. SCCB members not only provide friendship to Super Cooper children and raise critical awareness on campus and around town, they also receive lessons in strength and grace from their younger Buddies. 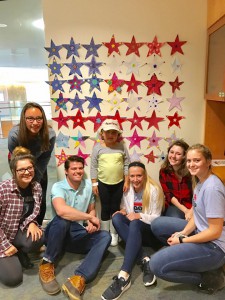 5 dinners served at the Ronald McDonald House of Chapel Hill.

Over $1300 raised through fundraisers.

230 books donated to UNC Children’s Hospital, each signed with an encouraging note inside the cover. 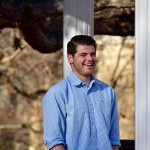 A senior majoring in Business at Kenan-Flagler from Wake Forest, NC,  Alex Pritts created the club in the Fall of 2015 with the rest of the Executive Team. Upon entering college, Alex had always intended on creating a club of some sort. When he became connected with Super Cooper’s Little Red Wagon Foundation, he discovered a unique need that UNC students could fill—friendship for children battling cancer in a brand new place, our home, Chapel Hill. This organization has been the highlight of his undergraduate career at UNC. It has inspired him to focus on supporting pediatric cancer and will continue to do so for the rest of his life. Alex is incredibly thankful to Jennifer and Elise for allowing this club to support the Foundation and is looking forward to setting up Super Cooper’s College Buddies for long-term success! 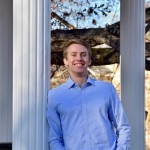 A senior majoring in Chemistry, and minoring in both business and biology, Kenan Michaels is from Wake Forest, NC and hopes to achieve his dream of attending medical school in the upcoming fall. A founding member of SCCB, Kenan became involved with the club after his best friend, President Alex Pritts, approached him following a presentation by Elise Herman. Alex pitched his idea to create a buddy program between UNC students and the families being hosted by the Foundation, and Kenan was immediately interested in jumping on board! He now heads up what we call the “Pit Crew, ” the team of SCCB members who raise awareness in the community and provide support for children in treatment and their families. In his free time he loves to bike and run; work on, drive, and admire cars; and travel anywhere life takes him! 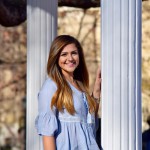 Meredith Bennett, of Forest City, NC, is a junior majoring in psychology and minoring in studio art and Spanish. Her dream is to become an art therapist for children with life-threatening illnesses. At Carolina, Meredith is a member of the Zeta Tau Alpha sorority, serving this year on the executive board as ritual chairman. In her spare time, she loves singing, art, traveling, and spending time with family. Meredith’s work with Super Cooper is inspired by her cousin’s battle with metastatic osteosarcoma. Having closely watched him struggle through numerous surgeries and chemotherapy treatments, she recognizes how valuable support for cancer patients and their families can be. 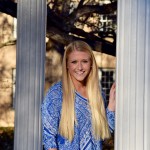 Jill Hardies is a senior Business major and a Public Relations minor, who was thrilled to join the SCCB Executive Board in the fall of 2016. A Chicago, IL native, Jill is passionate about this club because of the positive impact its work has on the lives of children and their families. Too often, charity and giving back comes in the form of checks and tangible items. She loves that SCCB’s mission is to provide intangibles: friendship, happiness, smiles, and some respite during such an incredibly trying time for the children and families that the Foundation supports. Getting to see the joy that our buddy pairings and other supporting activities have on children and families has truly been one of the most rewarding parts of her college career

Stay on top of news and events, follow our social media: